Don't Cry for Me, Technopolis!


I went to Buenos Aires on the invitation of Juan Manuel Dominguez, the smart and enthusiastic organizer of the comics section of “Encuentro de la Palabra”, an art, music, literature, and video extravaganza held outside of Buenos Aires in a sprawling complex called Technopolis.

Was it a theme park? A civic center? A playground? As far as I could tell, the “tech” part was low and the “opolis” part was the Buenos Aires skyline off in the distance.


Among the installations sprinkled around the extensive Technopolis grounds was a mini play gas station, a flashing neon-lit robot-looking thing, and a bunch of pavilions containing multimedia presentations. There is also an airplane for the family to clamber around in and play Flight Attendant and Disgruntled Passenger. Next to the parked airplane is a structure so large it could hold a fleet of such jets and have room left over for the Queen Mary. It is filled with art exhibits and cool things for kids to play on, and a huge concert hall.

Before my appearance on a comics panel, tucked away in the low-rent district of the plant, I wandered around trying to make sense of the incongruent elements at play: 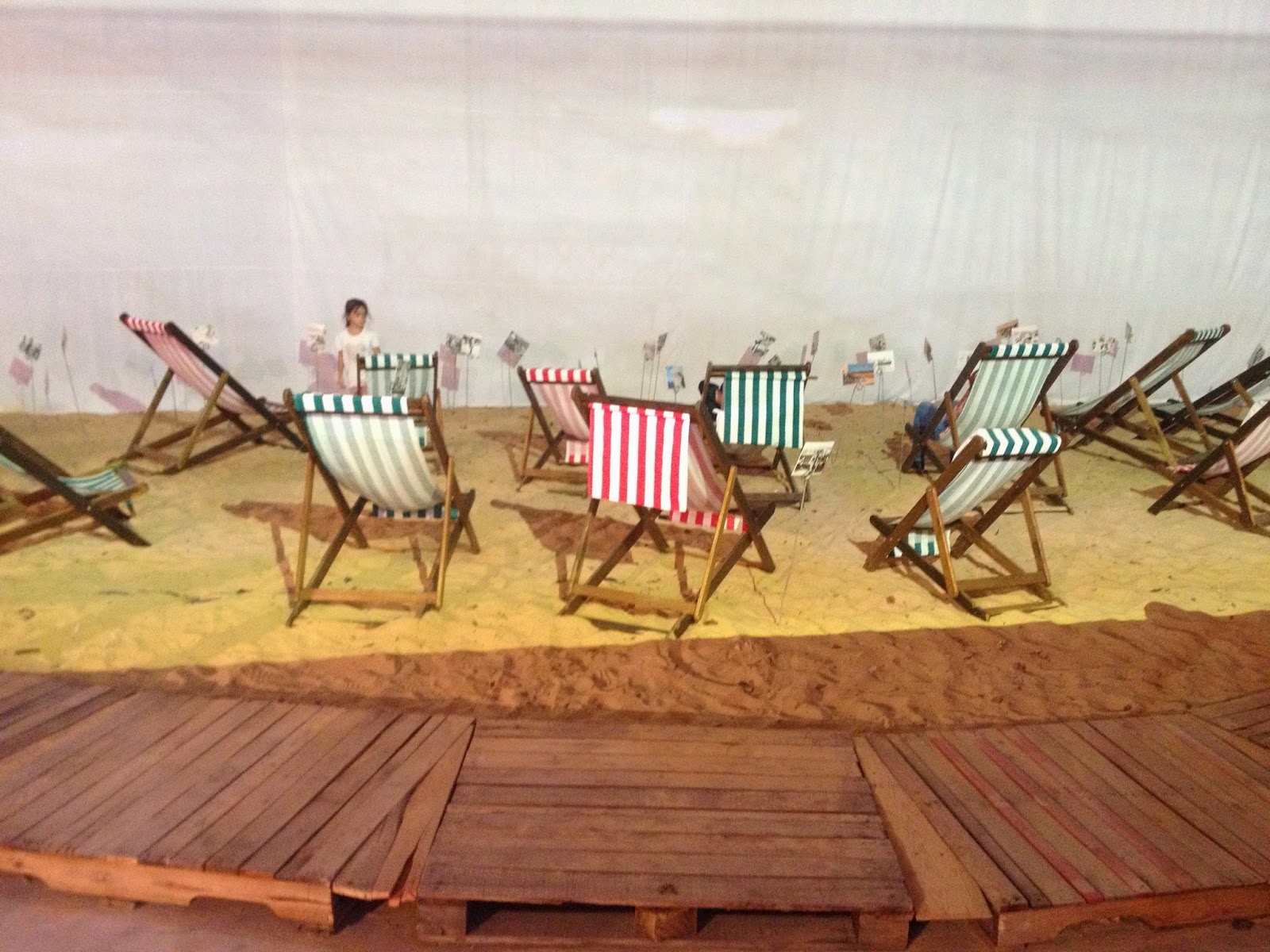 Beach chairs dotting an enormous pile of sand facing a concrete wall onto which lapping waves were projected. 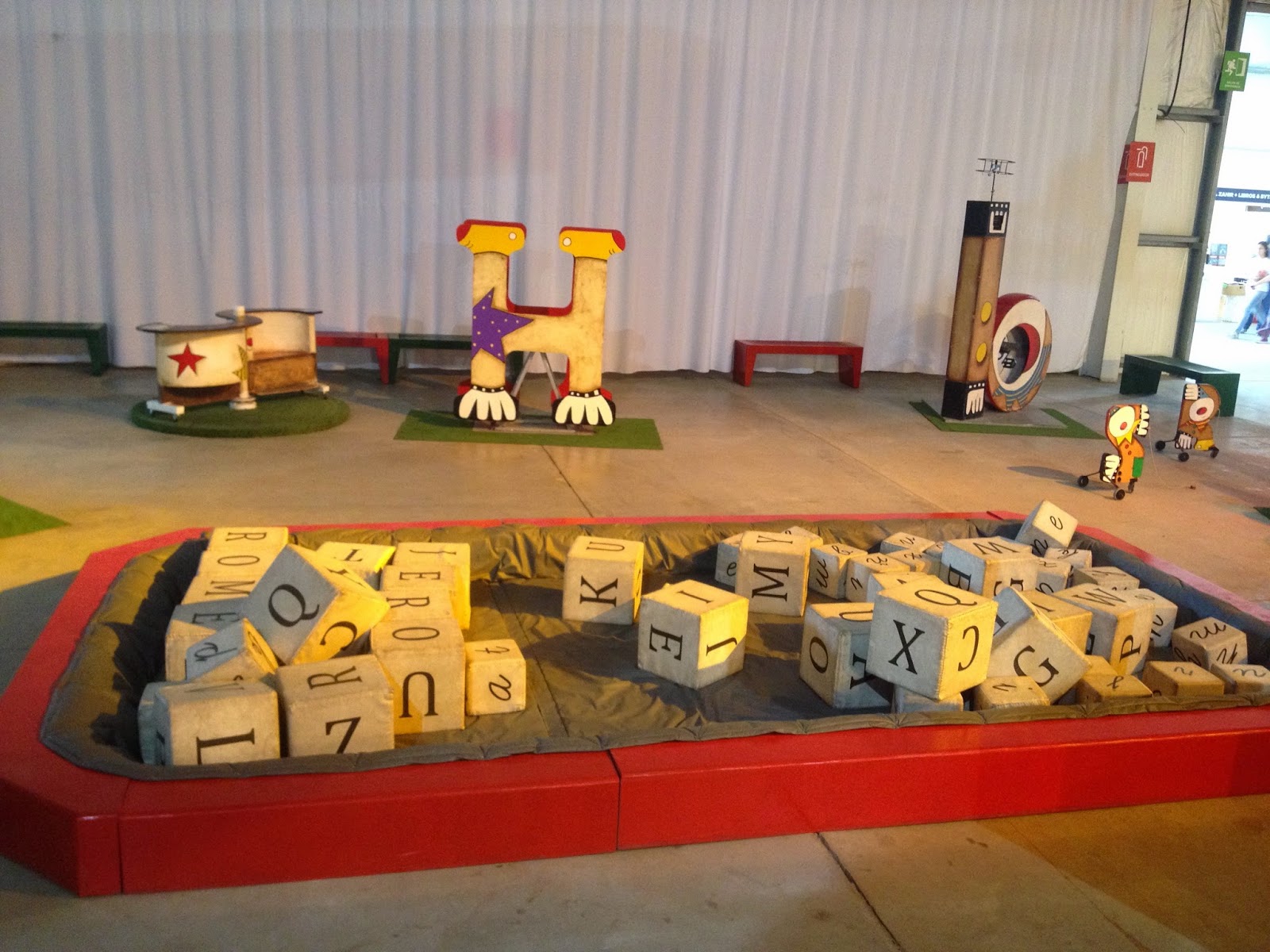 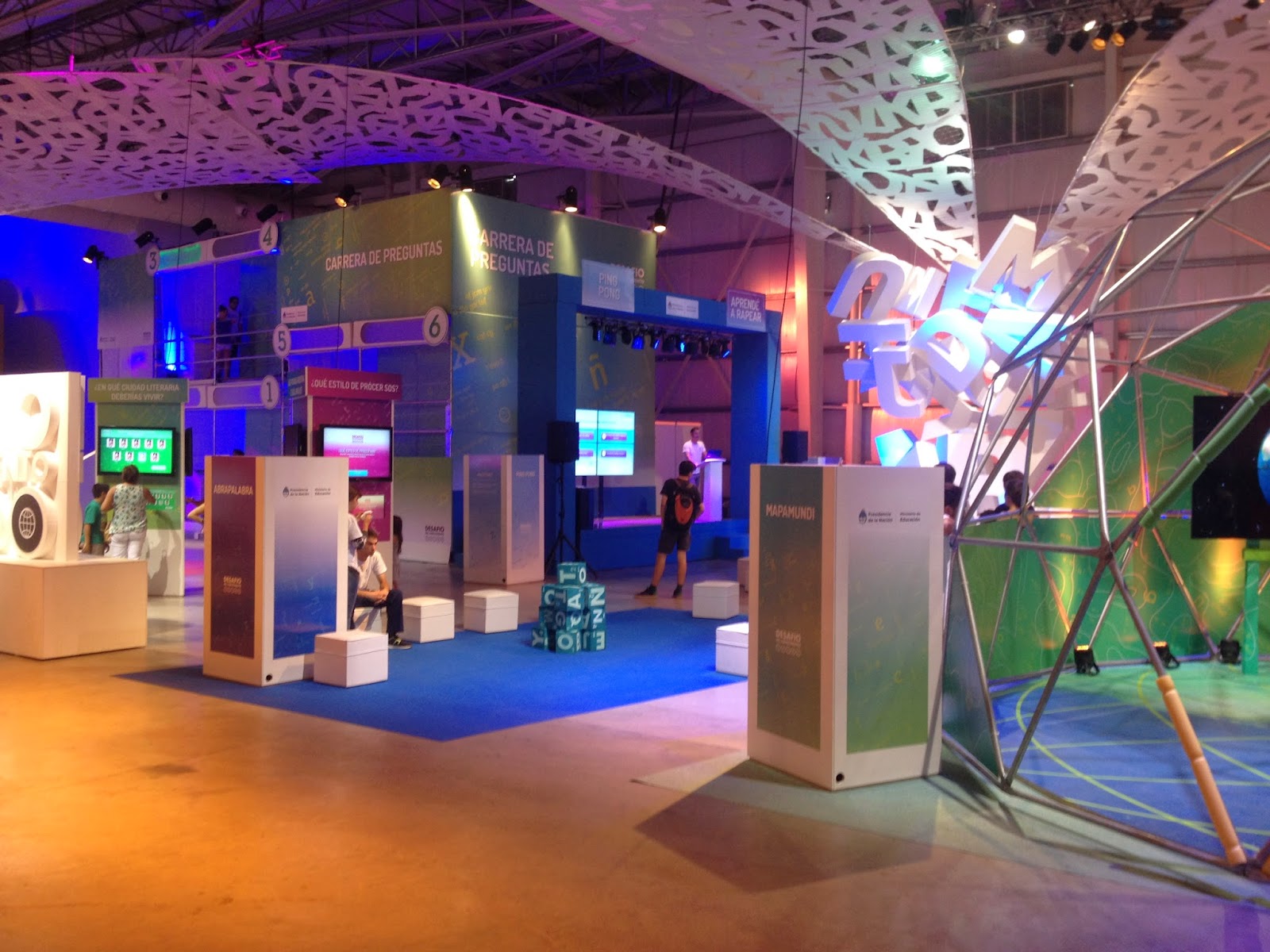 Some kind of Wheel of Fortune game with giddy contestants and a host with big teeth and a cranked-up microphone (I dared not get too close). 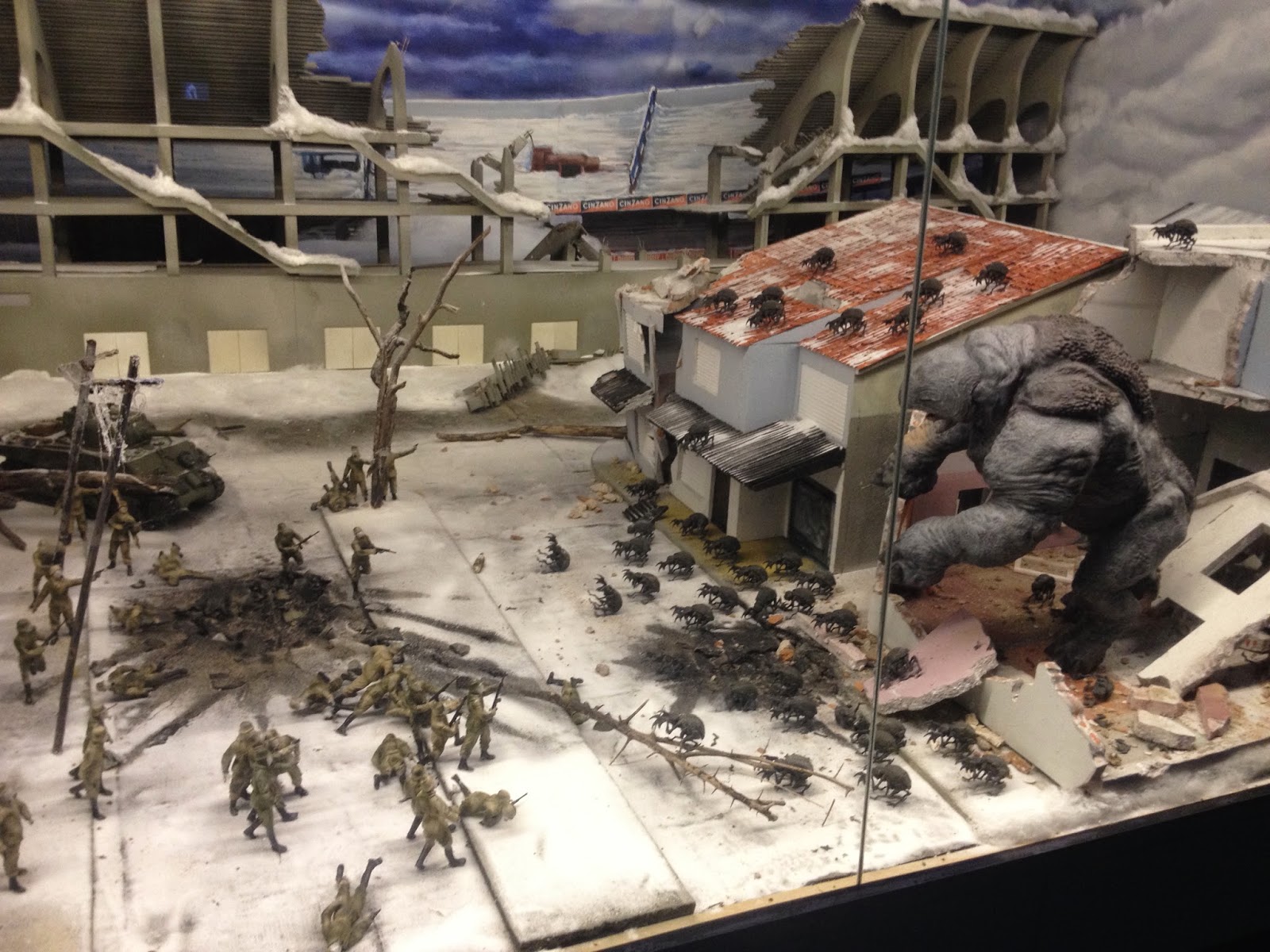 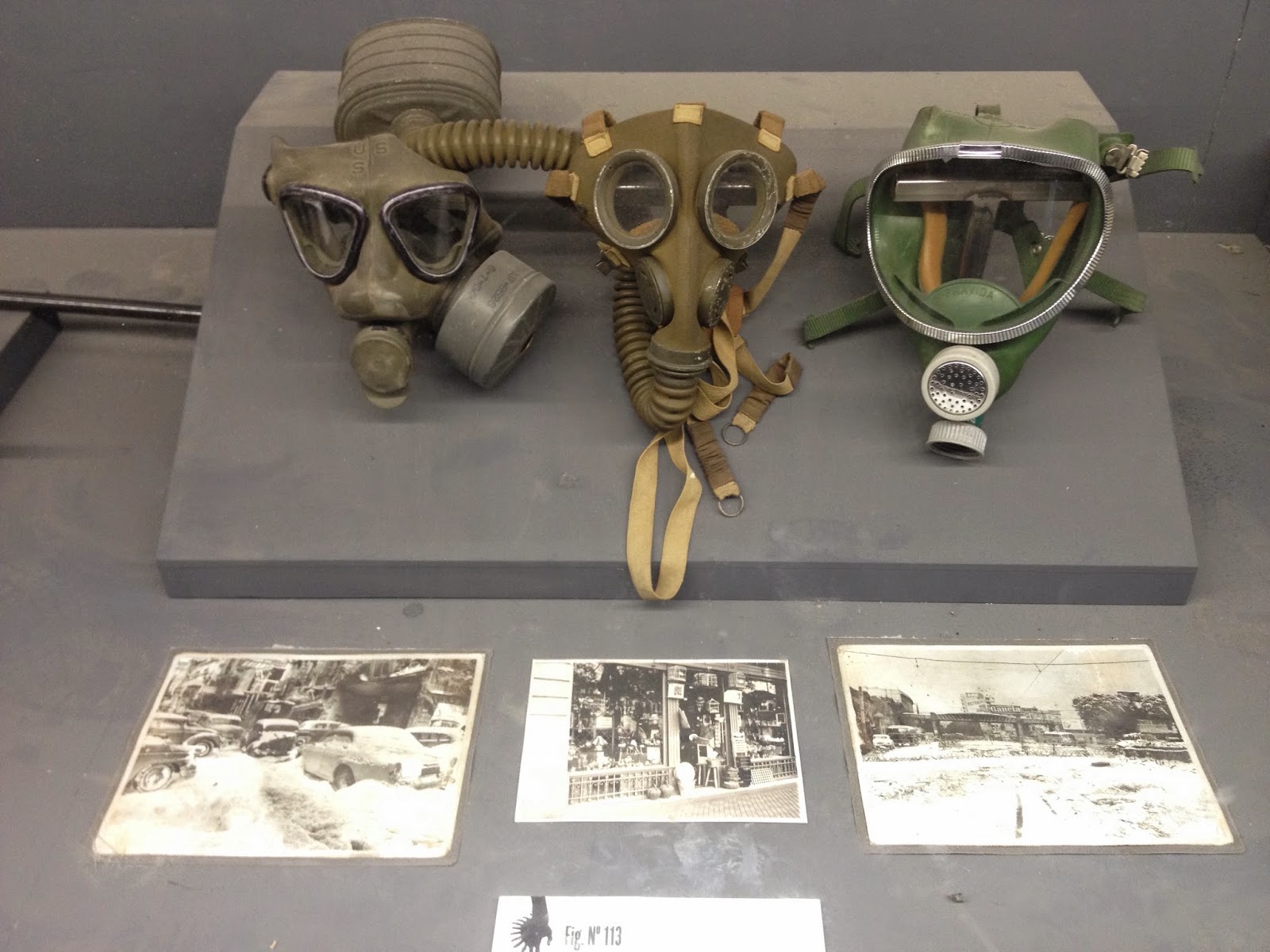 Exhibition of “real” artifacts from the time the aliens landed in downtown Buenos Aires. Sort of like Welle’s “War of the Worlds” broadcast, the gullible believe in the event, while most of the populace understand the exhibit  to be based on a popular comic strip from 1964.

The government runs Technopolis and patriotic pride is an undercurrent theme. Everything is free of charge. Families flocked.

At one point I got carried away in a flow of families and rode downstream into a dim auditorium. Bleachers could just be discerned, but the stage was aglow with whirling neon spotlights jittering to the throbbing music. Hundreds of seats were filled in eager anticipation. I figured that it was going to be a concert by some teen idol. All the kids chimed in with the songs that were blasting on the speakers.

Far from a pop icon love-in, the show turned out, of course, to be a history of the Argentine fight for independence performed by dozens of dancers in oversized cartoon costumes against an animated backdrop. I was later told that the spectacle is based on a very popular TV show which explained the enthusiastic sing-along by the audience. At one point the actors portrayed soldiers valiantly struggling across the Andes in bitter wind. Suddenly the roving green spotlights began to swing through the audience much to the delight of the crowd as little bits of snow-like flakes descended from the catwalks. Wait…it was not snow-like…it was real snow! Viva la Republica! Viva Technopolis! 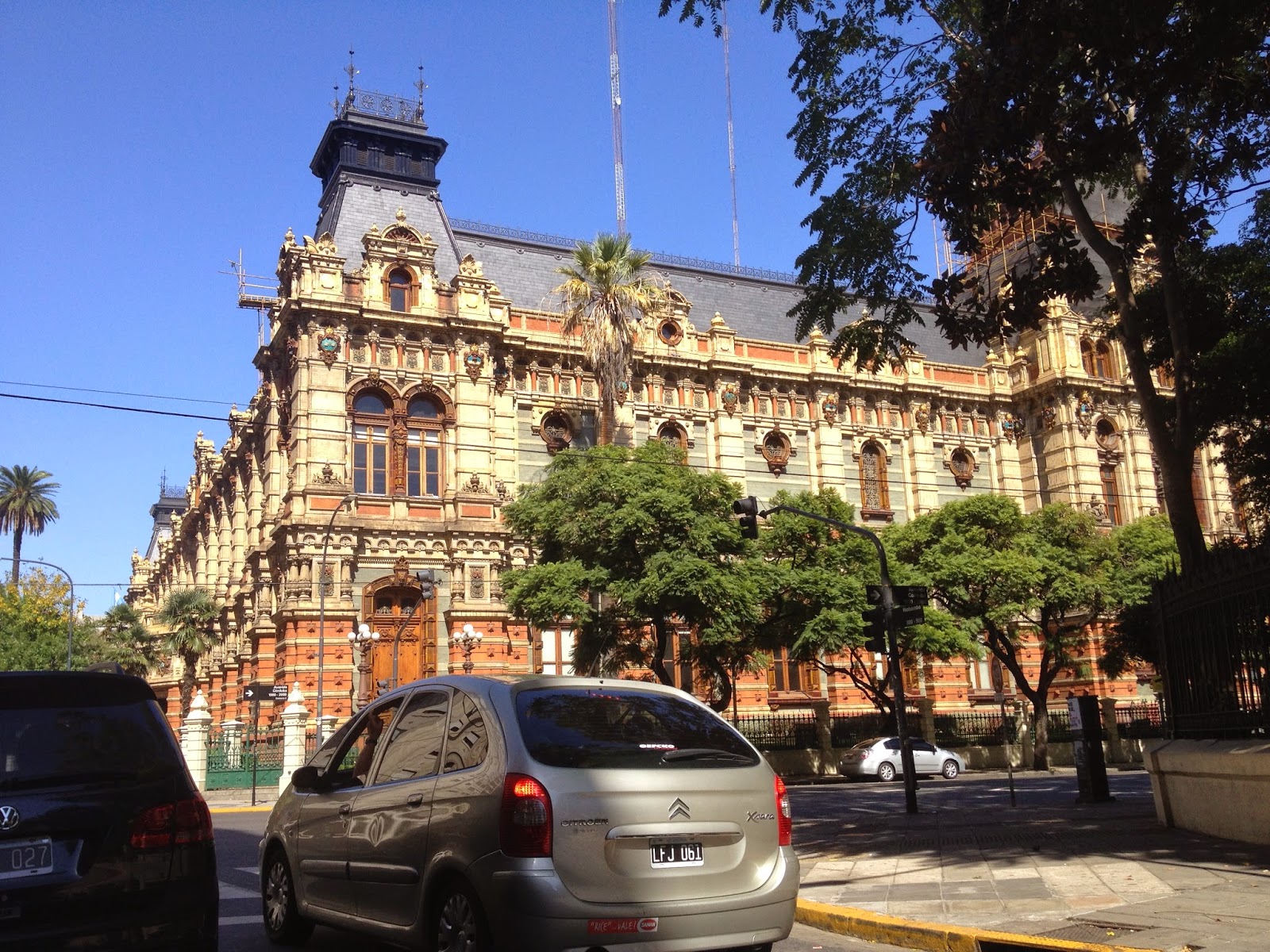 When Americans need to store water in a city, they usually build big, ugly water towers. This magnificent structure is essentially hollow and once was an urban reservoir. Presently vacant, one proposal has been to turn it into a very large swimming pool. 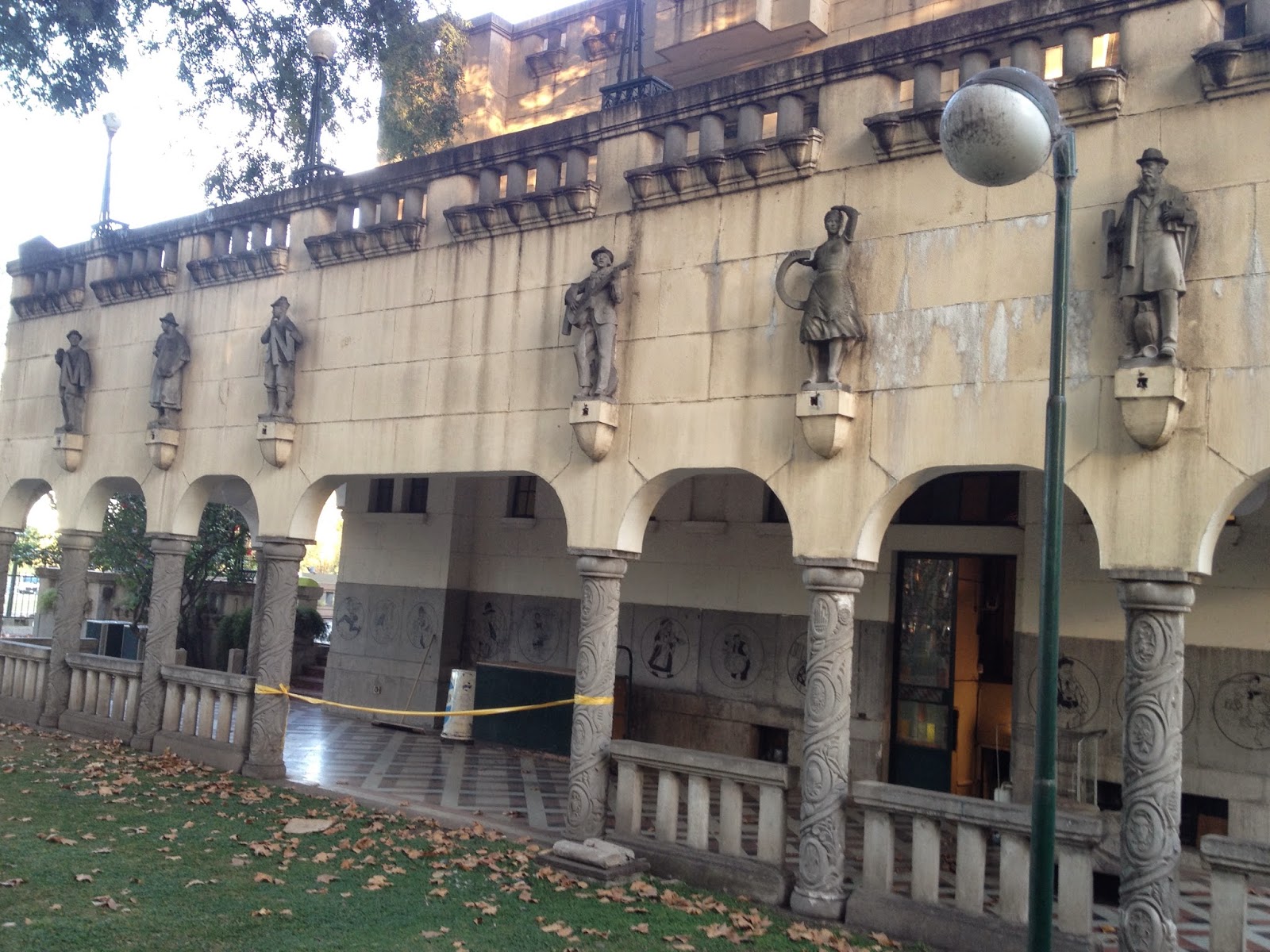 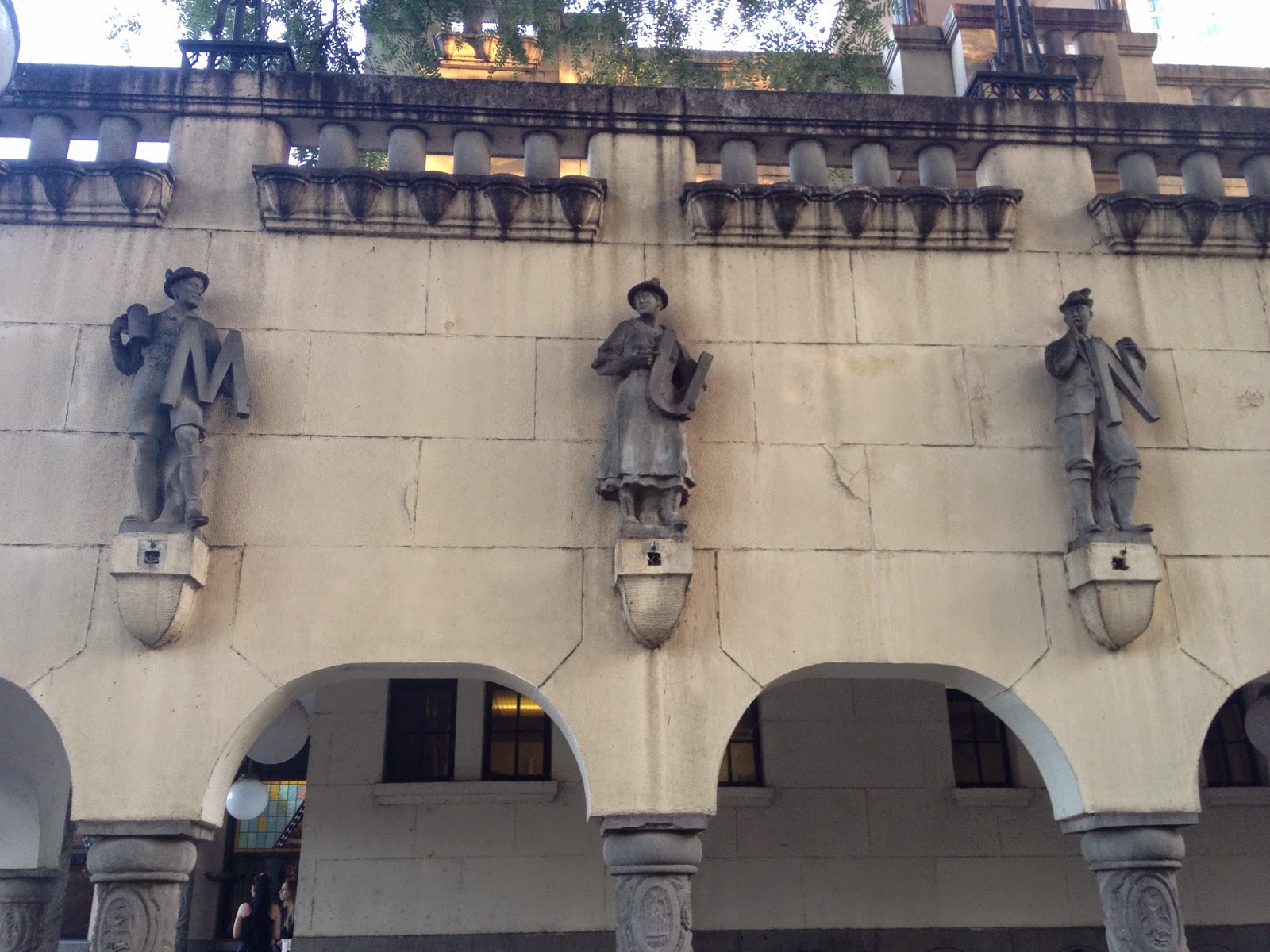 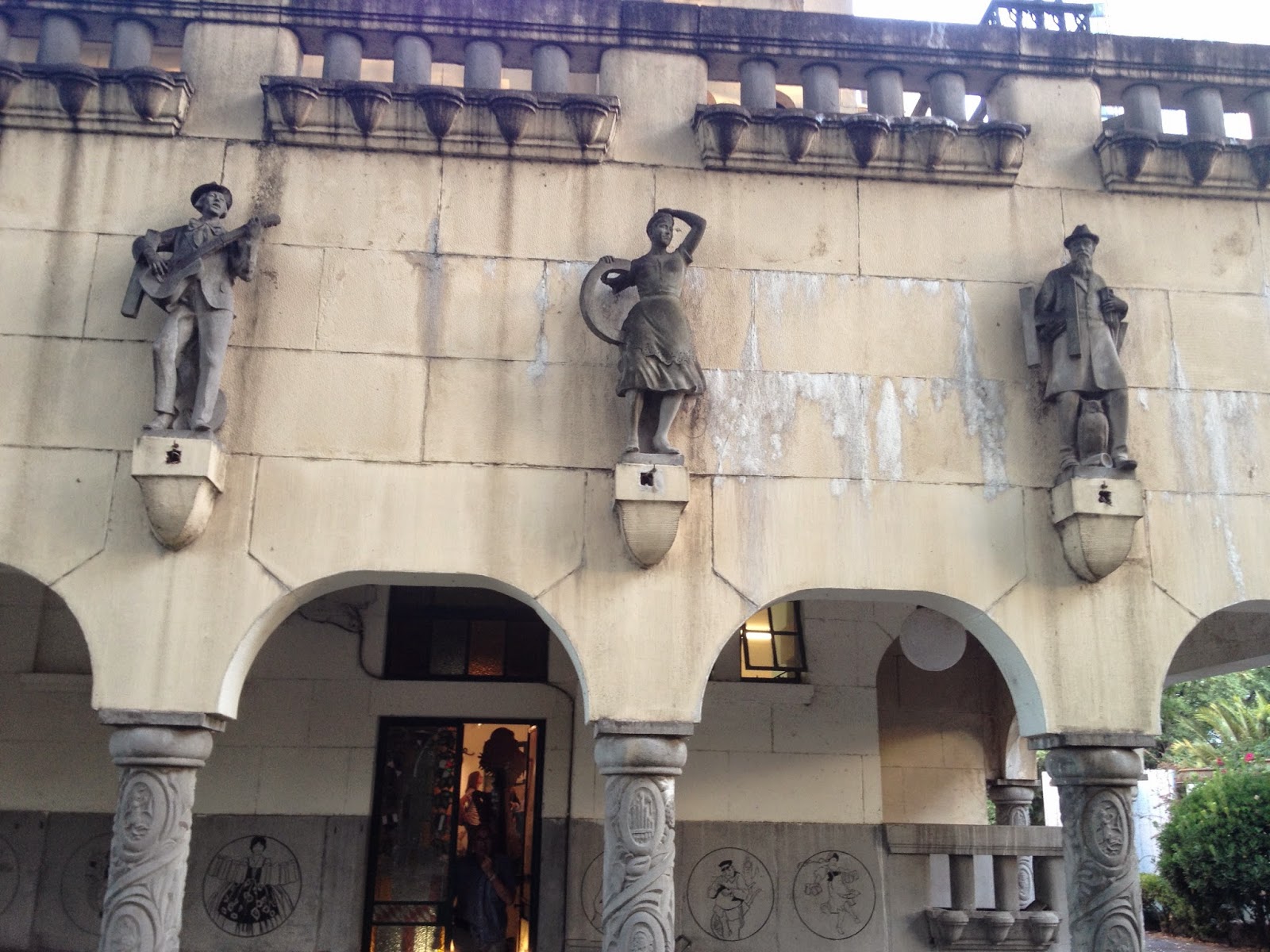 Back in the day, this was the Munich Beer Garden. Today it is a museum of comics…but you can still get a beer if you choose to. Their collection of 19th century and early 20th century original and printed comics pages is small but impressive. I liked their floors, too. 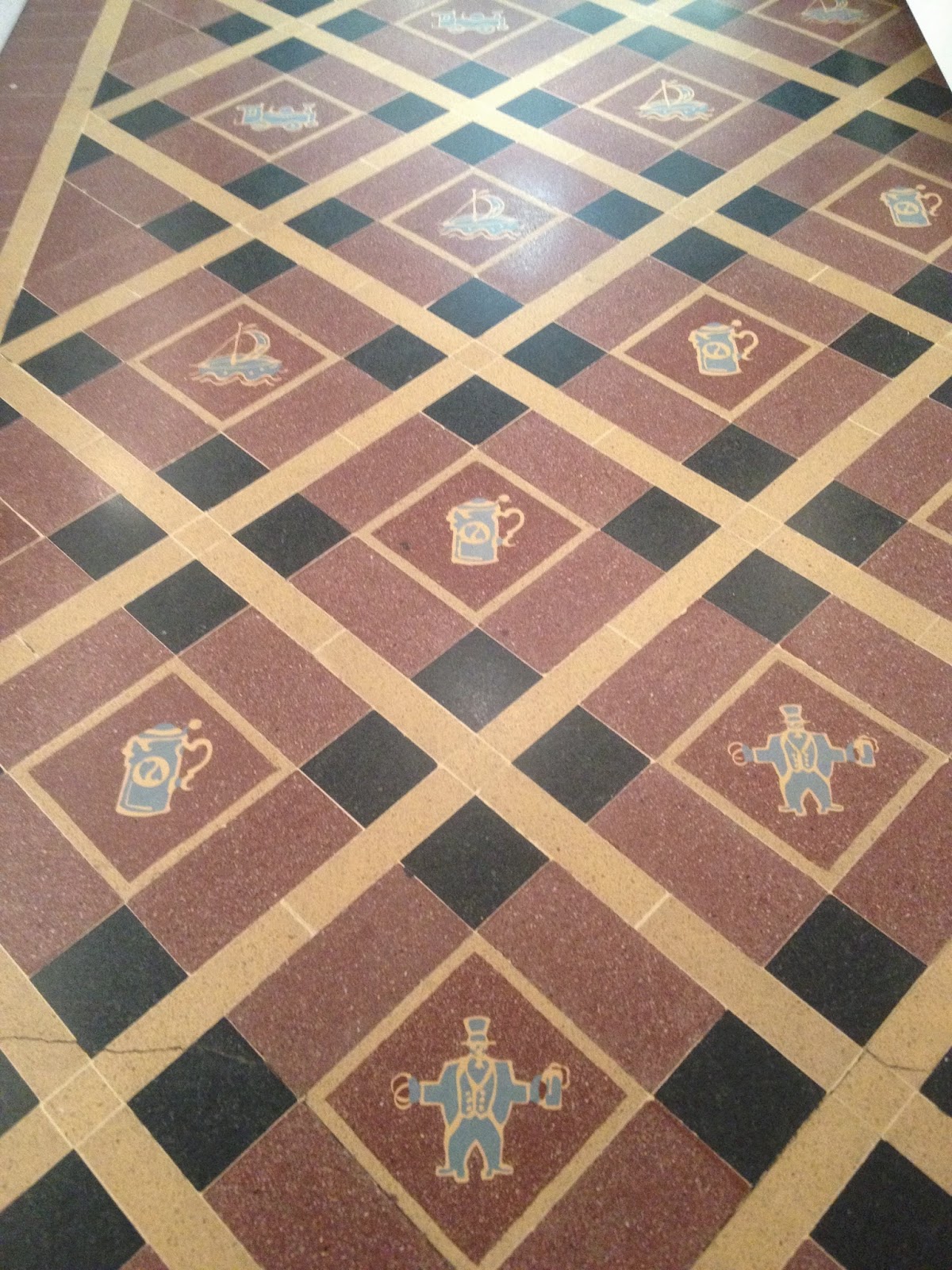 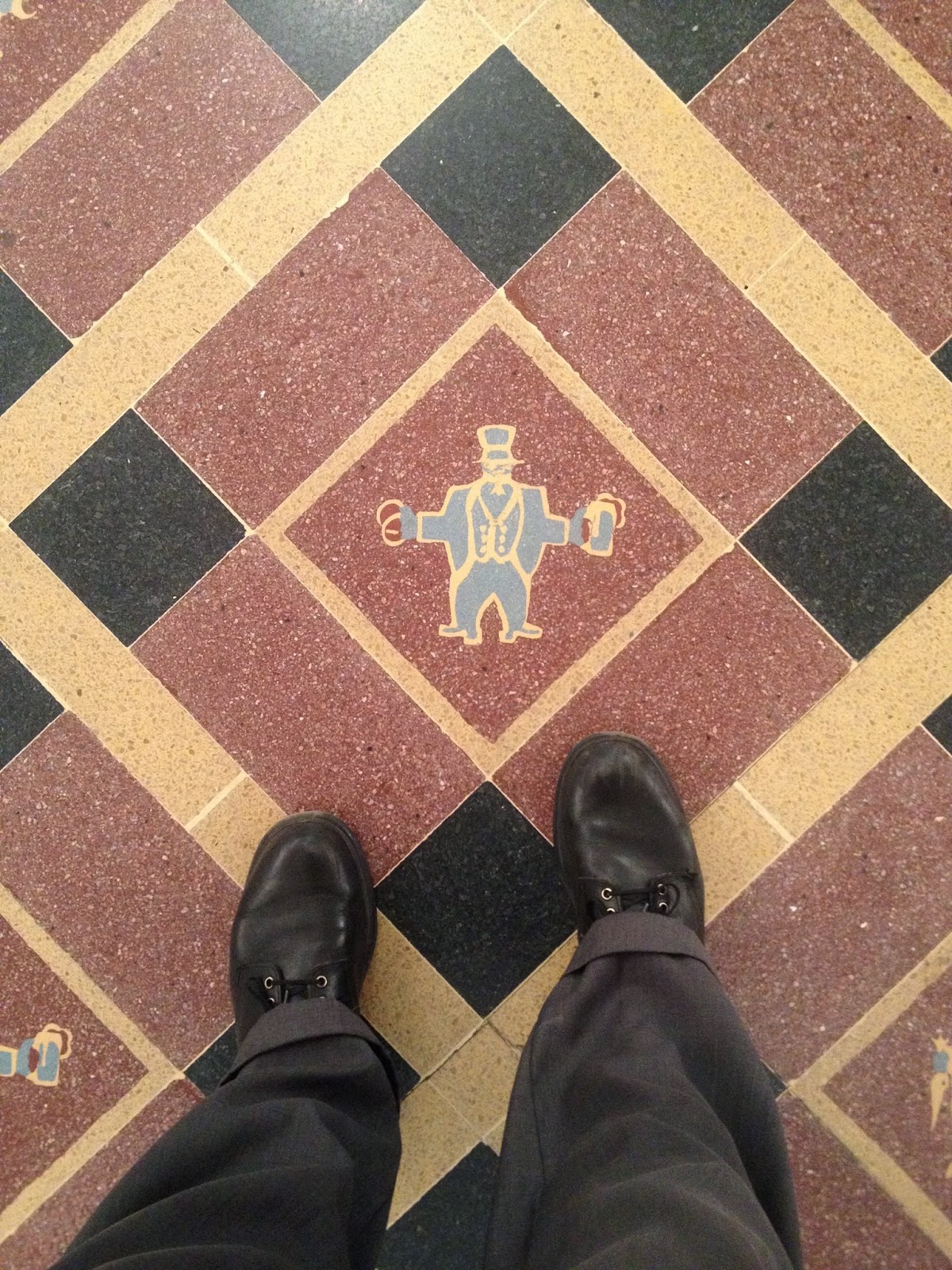 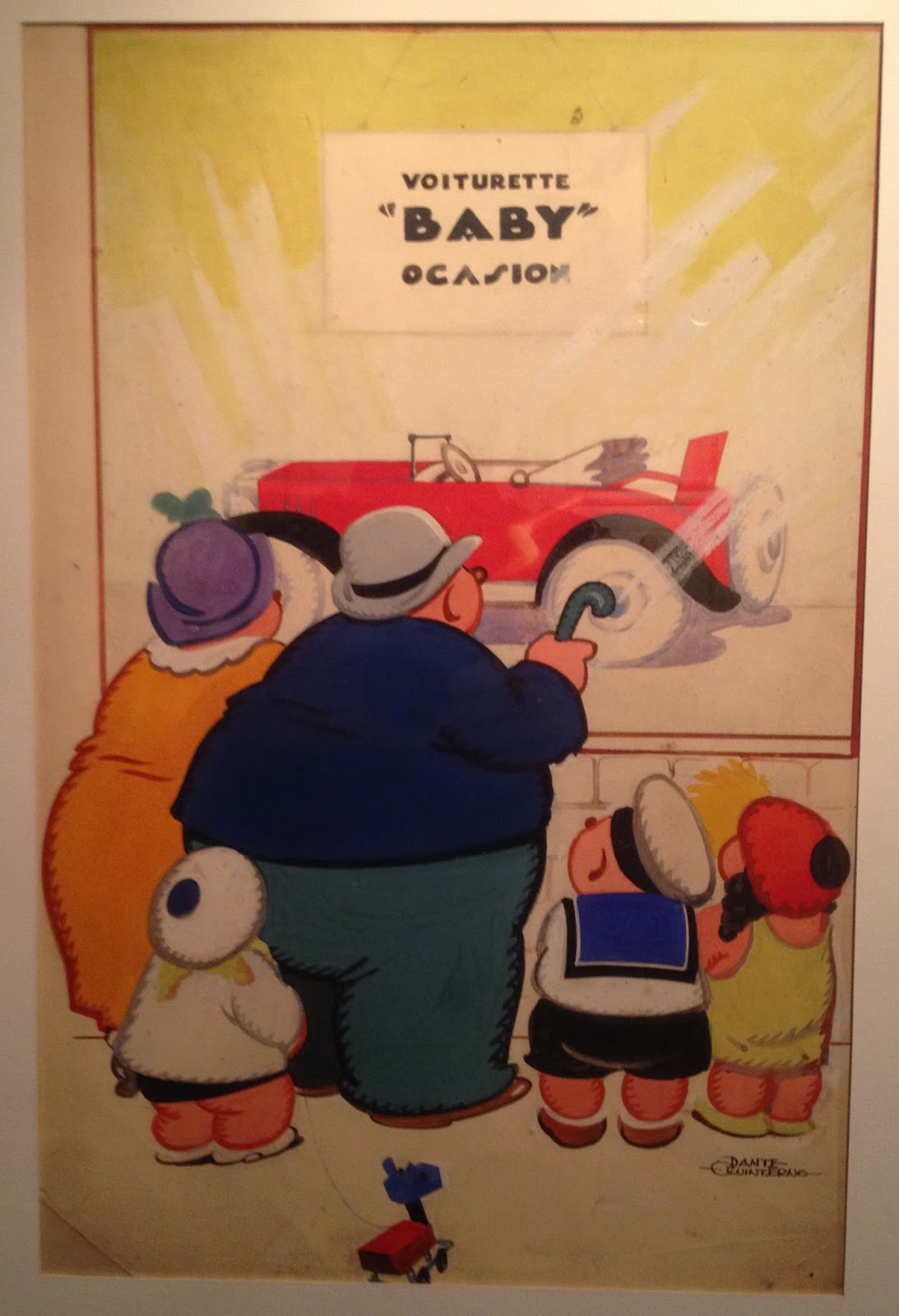 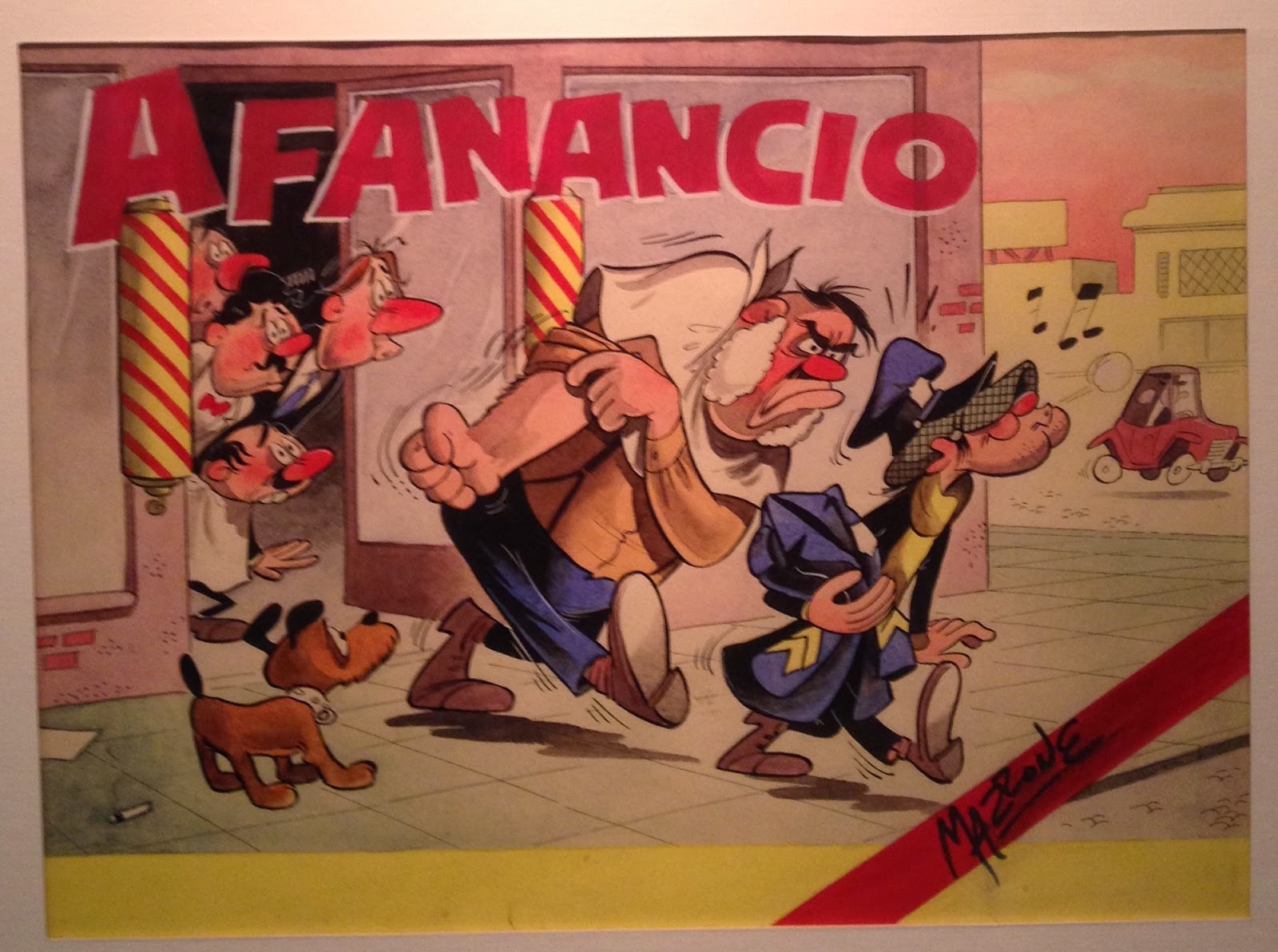 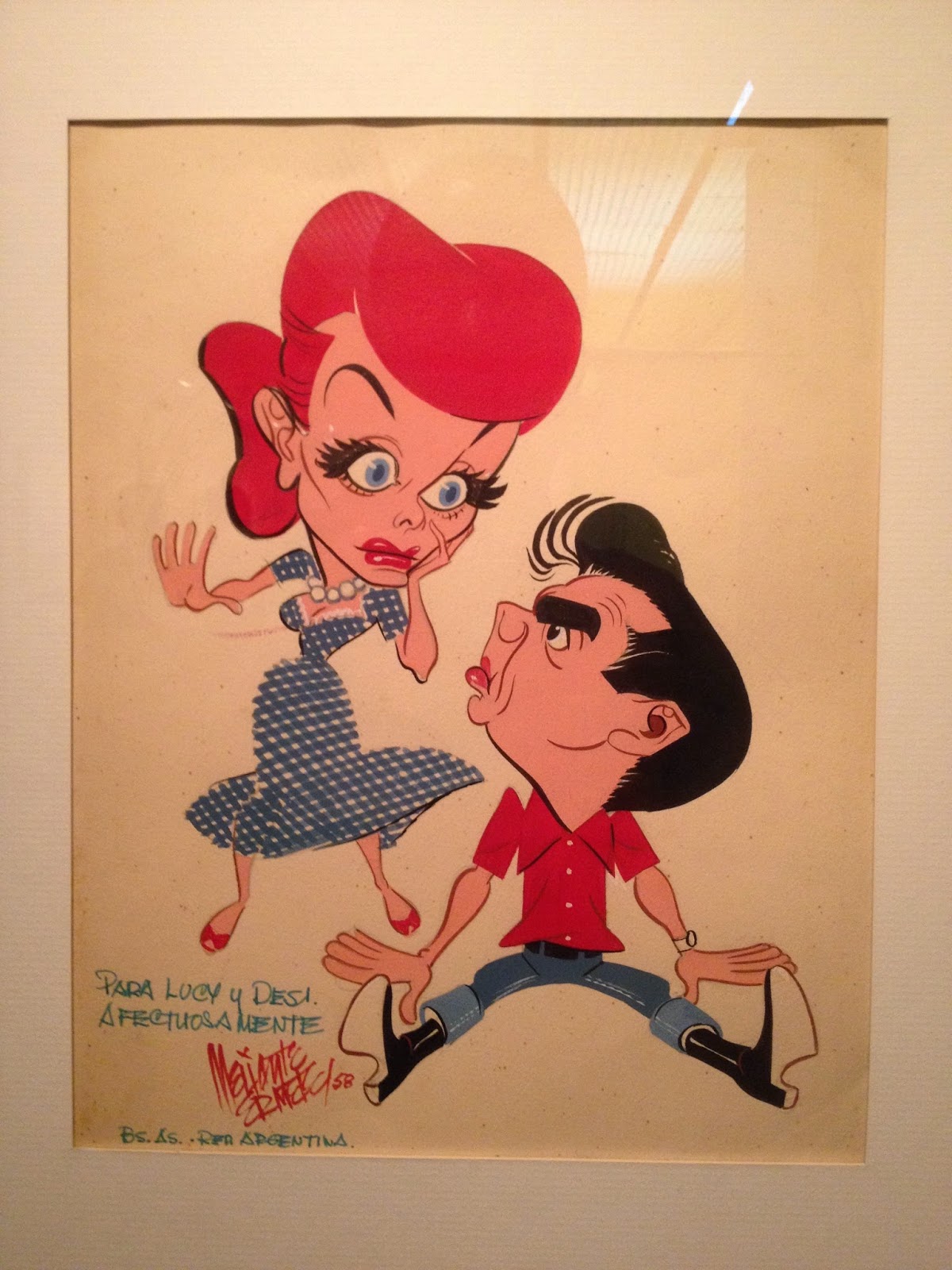 Subsequently, we were given a tour of the Biblioteca Nacional's comics collection, which is relatively new, but wonderfully maintained by the knowledgeable and dedicated scholar, José-Maria Gutiérrez (I was told that “José-Maria” is not an uncommon naming strategy for parents trying to cover their bets. If it’s a girl, they just name her “Maria-José”). Through his collaborator, the affable Pablo Zweig, we saw a lot of originals and learned a lot about Argentinean comics. 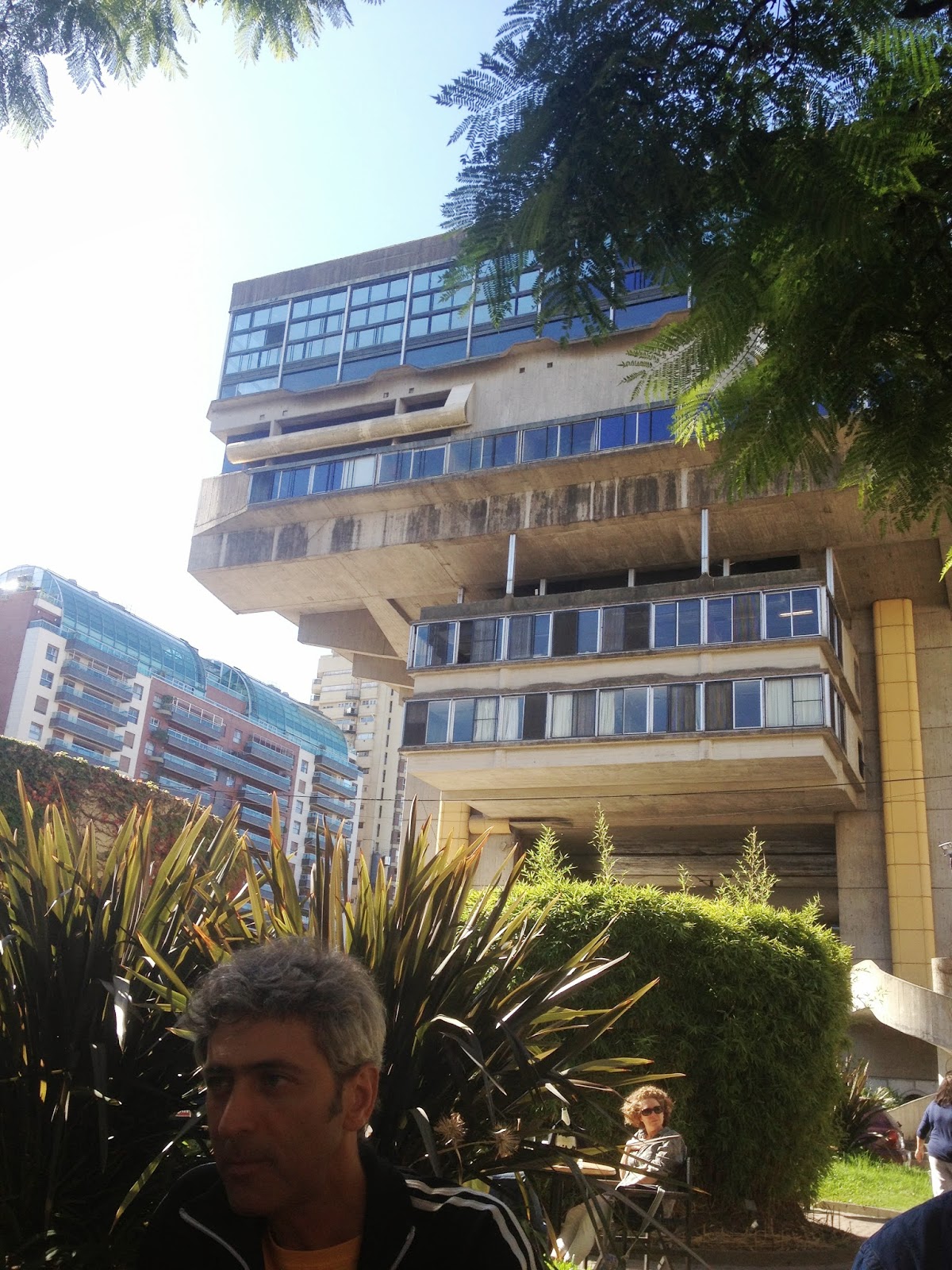 Illustrator/Cartoonist/Translator, Pablo Zweig, in front of the library.

When Juan Peron was ousted, the government razed the glorious presidential palace and spent decades replacing it with the enormous concrete Biblioteca Nacional. This, of course, only added to the deification of Juan…well, especially of Evita. A sculpture of the Perons now sits in a park where their own garden may have once been located. The paint on Evita’s face is badly worn away from many fans trying to rub into their fingertips a bit of her mojo. 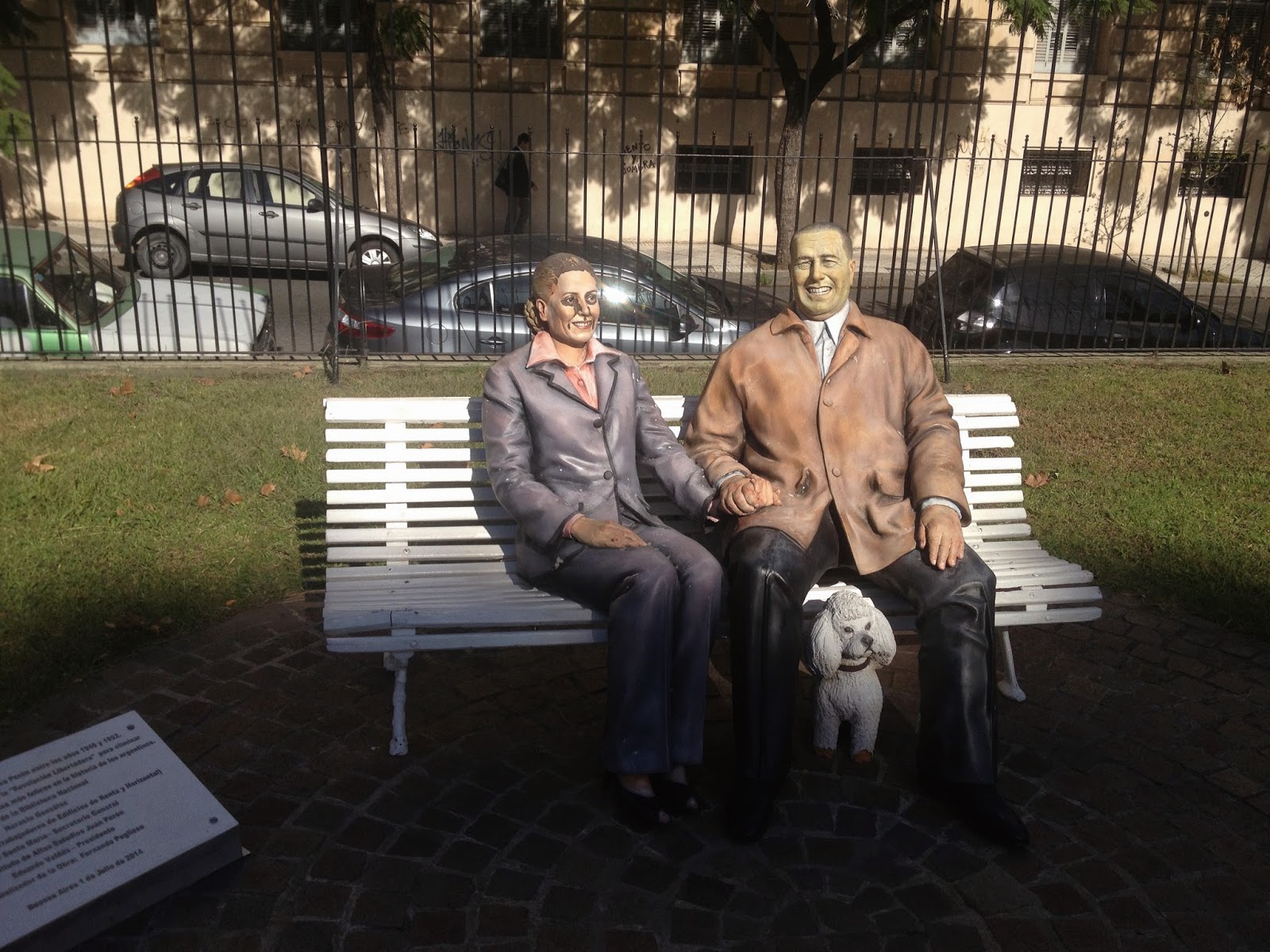 The mojo of Evita’s body was considered so serious that her remains were circulated around the world for years in fear that rooting them into any ground might cause a seismic (and political) disruption. When her body was finally properly entombed, it was in a welded iron crate placed in the family crypt, which had been fortified to withstand bombing. 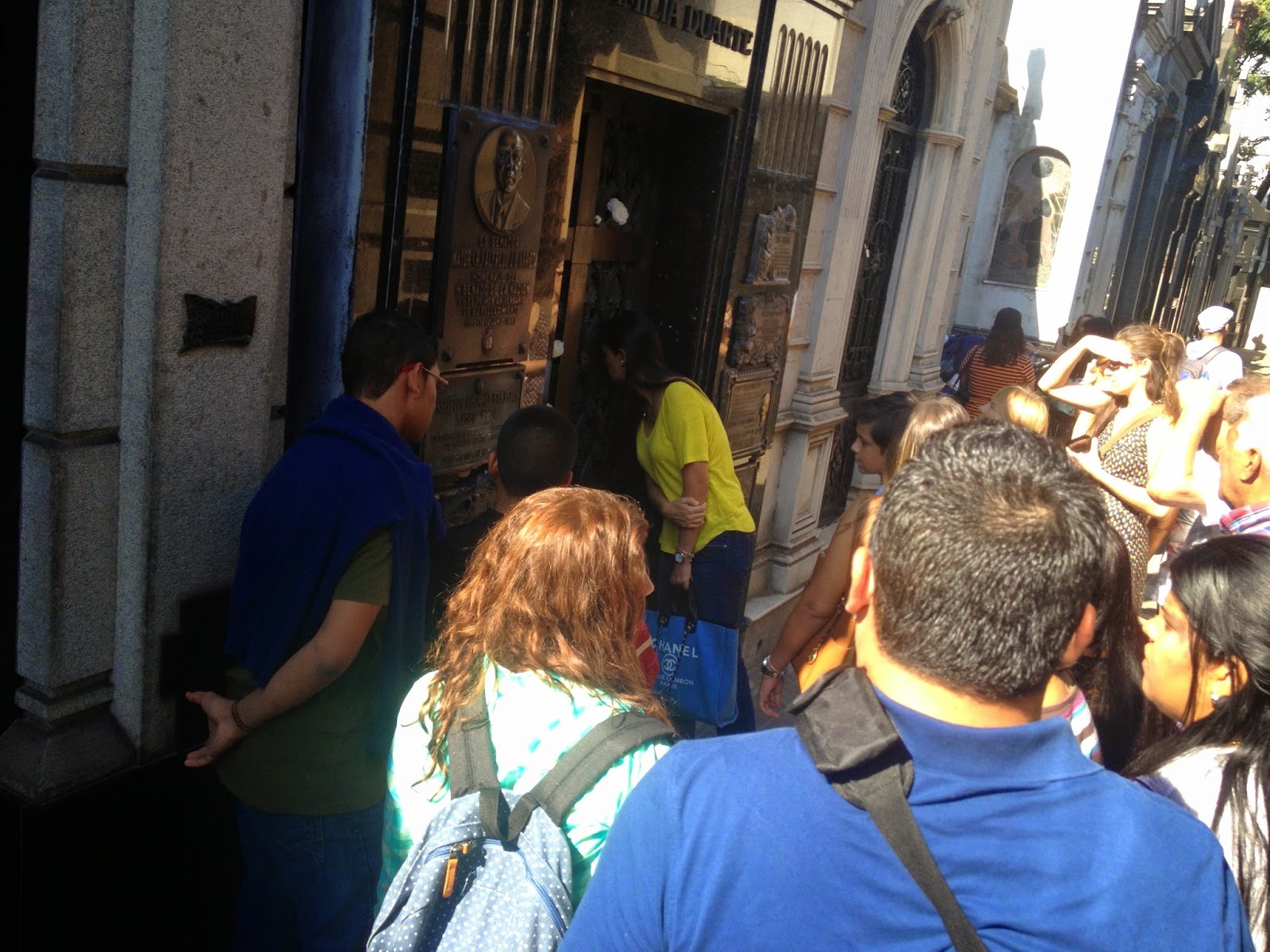 Evita's family crypt.
Evita’s family tomb is modest compared to many of the other crypts in the famous Recoleta Cemetery. But it’s a swell place to take the family on a Saturday morning to pay your respects to the most beloved figure in the nation’s history. Flowers were being placed on the door when I snuck in with the crowd. A woman kissed the marble façade. An old man wiped away a tear. Evita died in 1952. 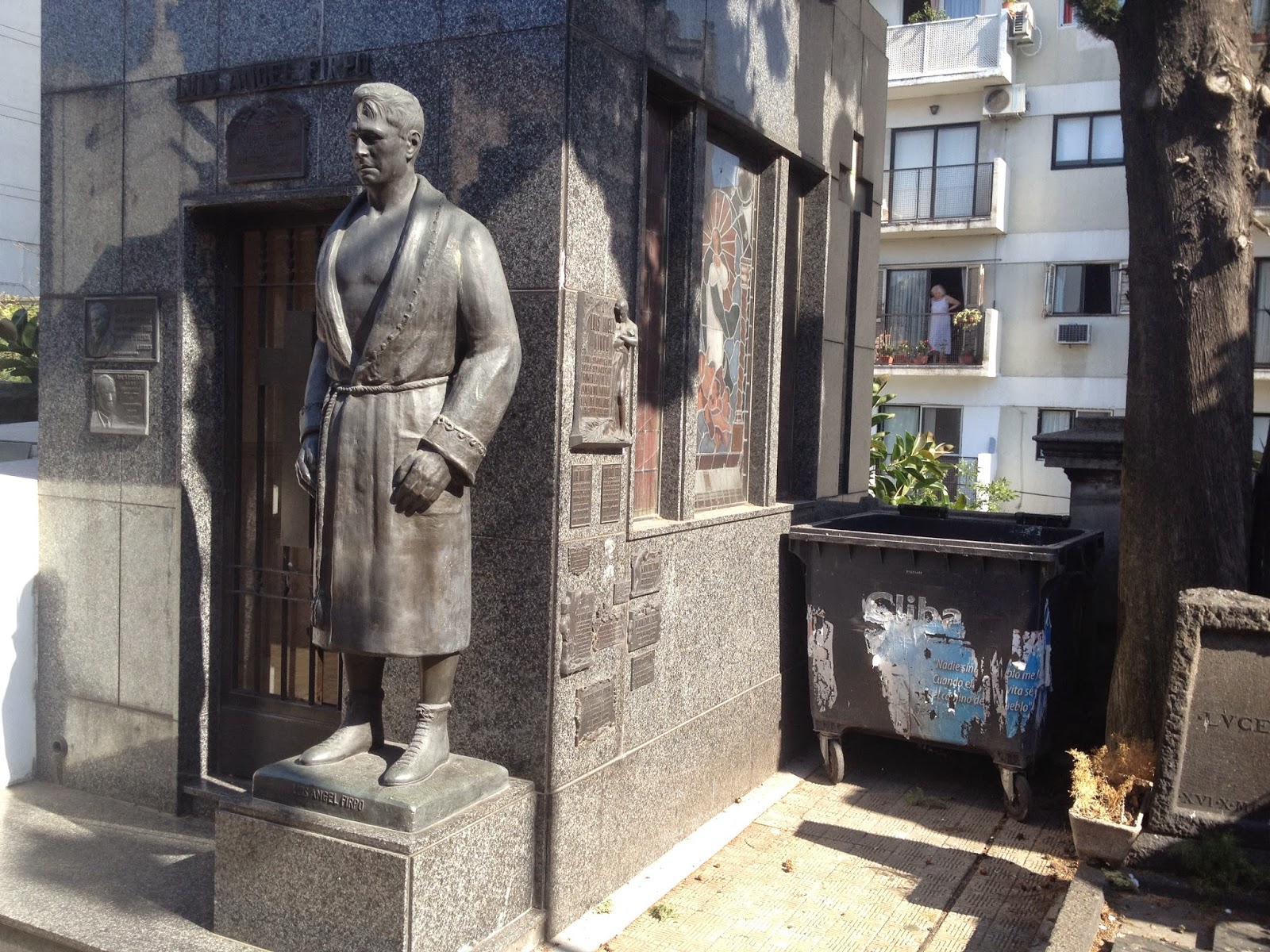 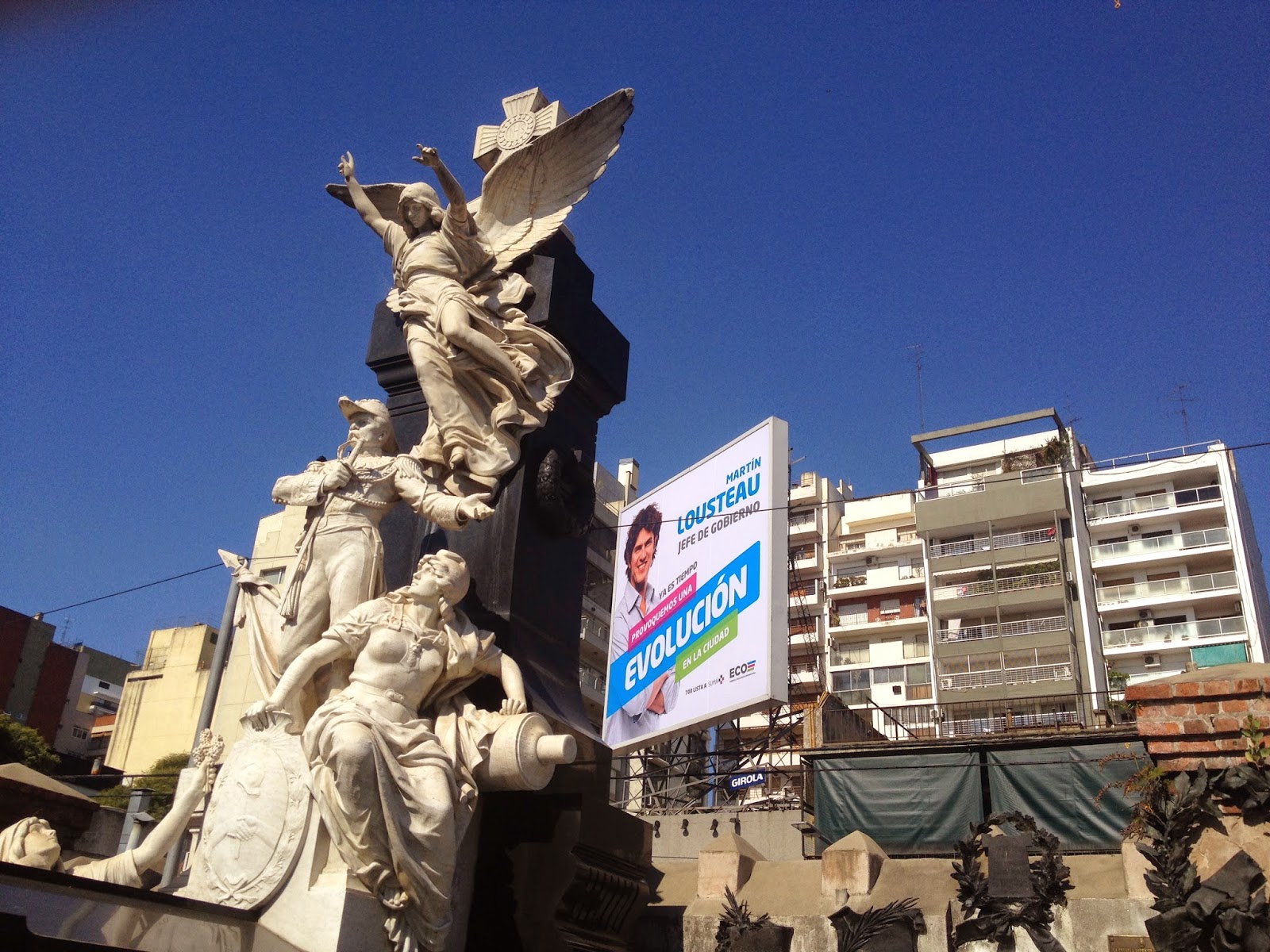 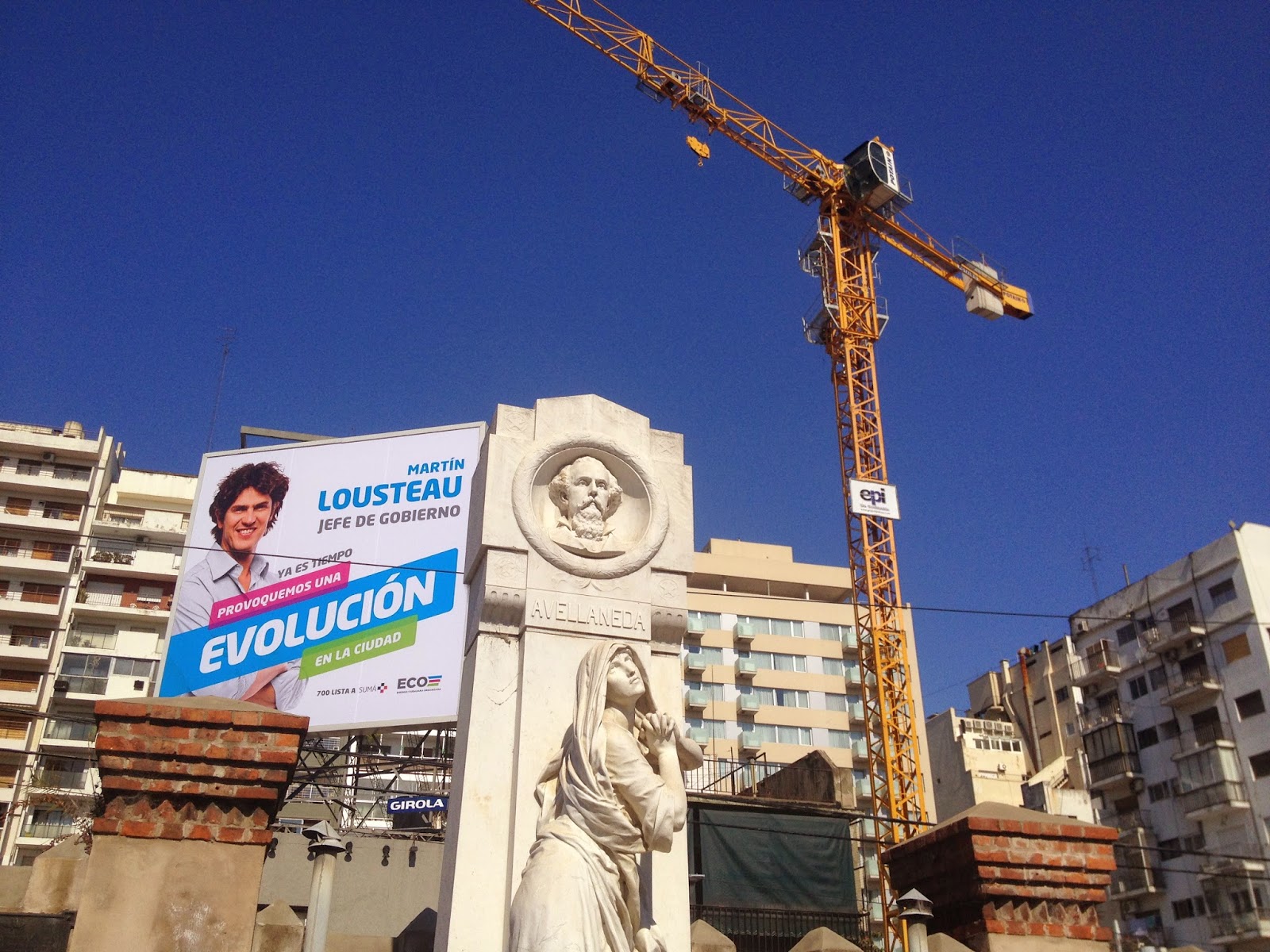 This is not your low rent neighborhood cemetery, like the one in Montparnasse, Paris where every homeboy and his tante are dumped, but an upscale affair where families actively try to out-do each other in ostentatiousness. Some of the crypts are plain, some are memorial wedding cakes. Some are well maintained, some have imploded by age and vandals. Every one is worth contemplation…but there are hundreds of the things and after two hours I became numb to their virtues. 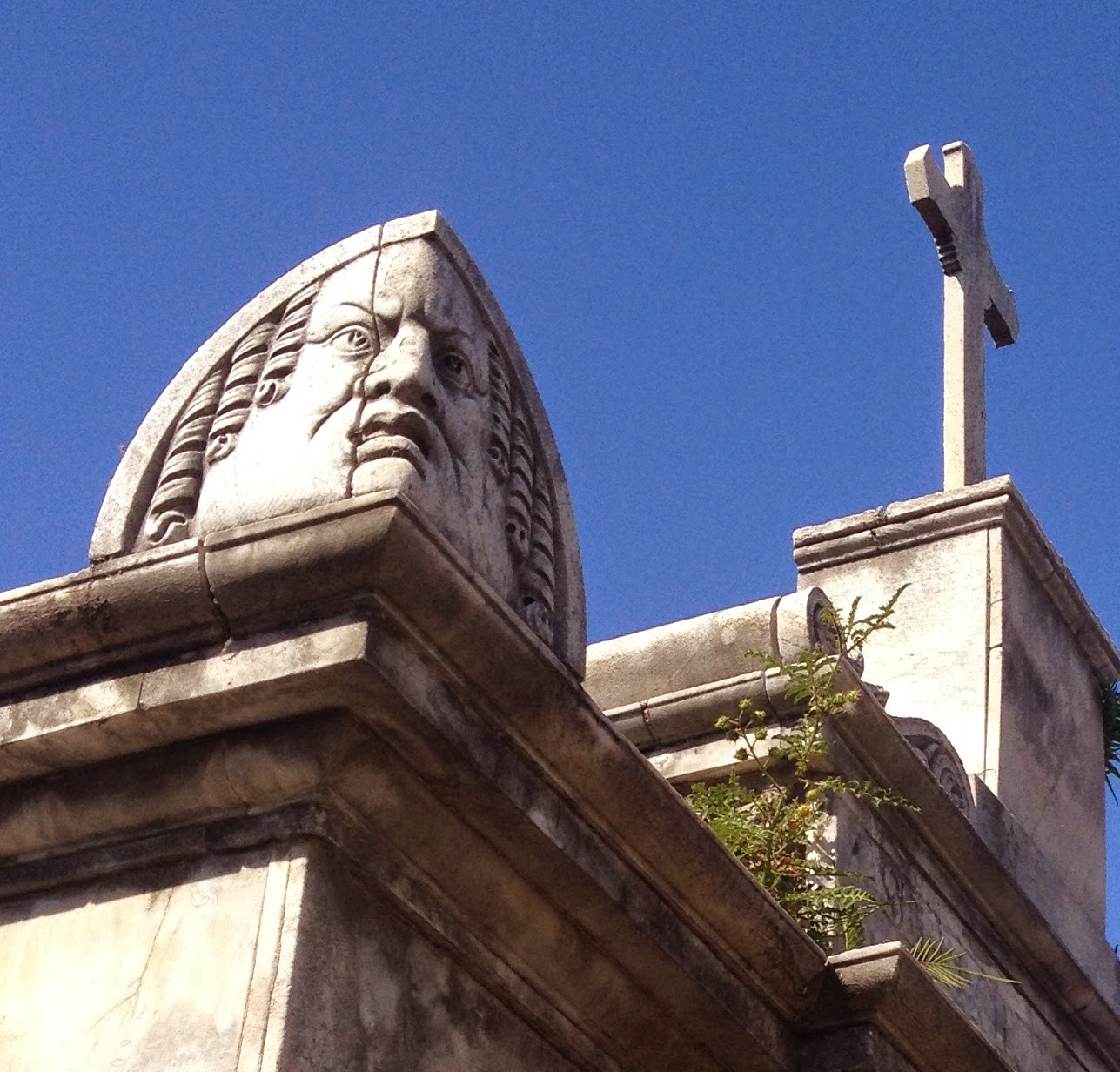 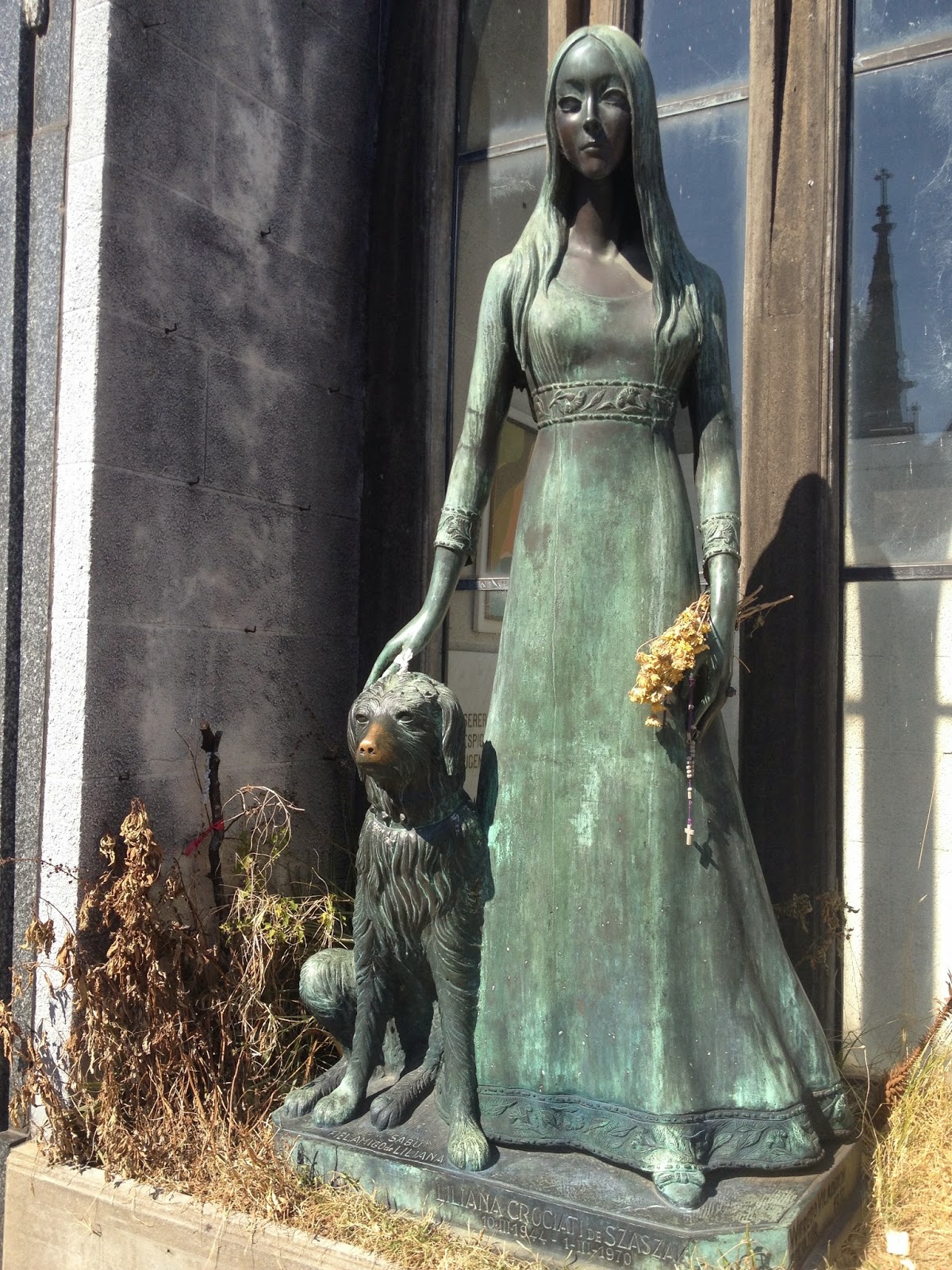 During my brief visit did I cover the essentials? Did I eat the legendary Argentinean steak? Yes, I did. Did I see a tango performance? Yes, I did. Did I get my  photo taken with statues of two famously ribald and questionably funny comedians? 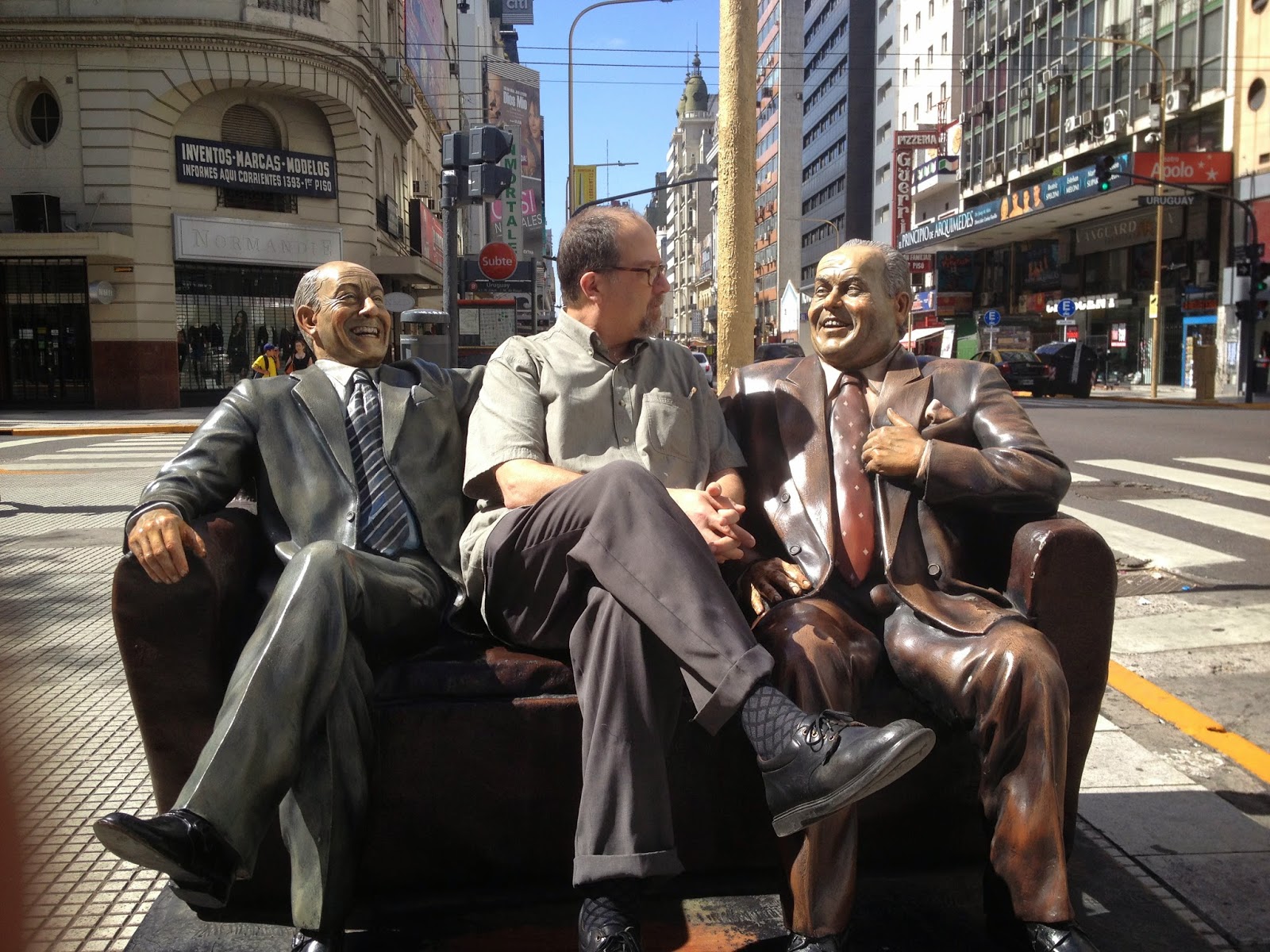